Replacement of PVC piping for PE-X in a industrial heating system. 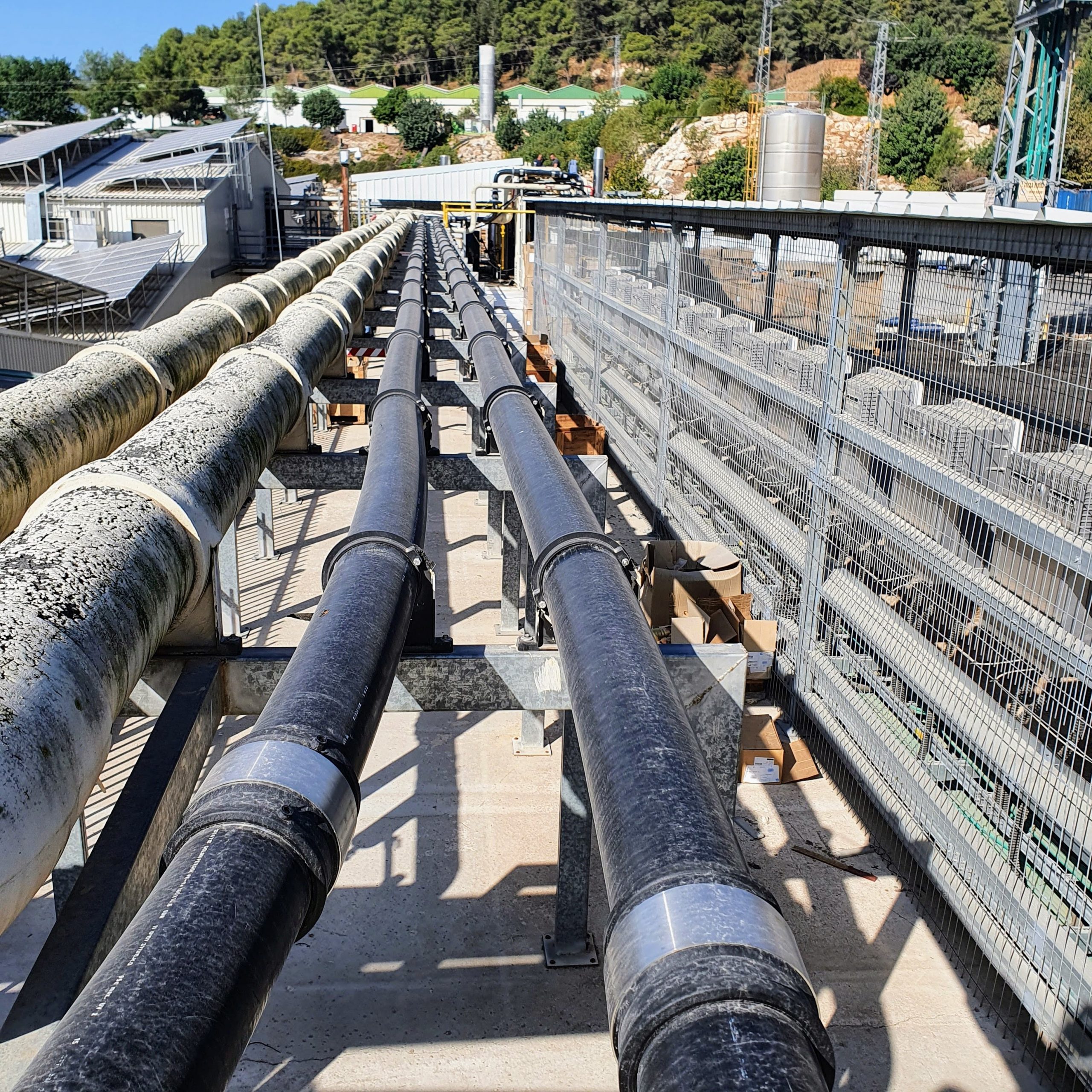 Teva Post factory is the exclusive producer of the champignon mushrooms under the brand “Marina Peyrot HaGalil” in Israel.
The mushrooms at Teva Post are grown and cured at closed growing rooms in plastic trays on self-made “compost” substrate and under very controlled and precise lighting, humidity and temperature conditions.
The cooling to the breeding rooms is carried out by a central heating system that feeds industrial air conditioning units (evaporators and blowers) that convert the temperature from hot to cold by condensing the hot water (50° to 70° C) and push cooled air into the cells in use without the need for gas compression, similar to conventional air conditioners.
The hot water is flowed to the cooling/conditioning units in a closed circulation piping (2.5 to 3.5 bar) system and energy activity in the whole system is controlled by thermal sensors inside the mushroom growing rooms.
The original hot water transmission system was installed in PVC piping that twisted and collapsed completely when, as a result of a sensor error, the temperature in the system momentarily climbed to 90°C.

After the original PVC pipes collapsed, the client decided to install in the main transmission lines with Pexgol 160 mm, class 15 and in the supply pipes to the cooling units, Pexgol 75 mm, class 15 due to the piping ability to be used at high temperatures up to 110°C.
The installation was easily done using Reinforced EF Couplers Series 1 connectors. 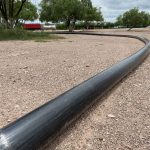